World Soil Day: Caring for the Planet Starts from the Ground and Nuclear Techniques can Help

WebDesk
December 5, 2017 Comments Off on World Soil Day: Caring for the Planet Starts from the Ground and Nuclear Techniques can Help 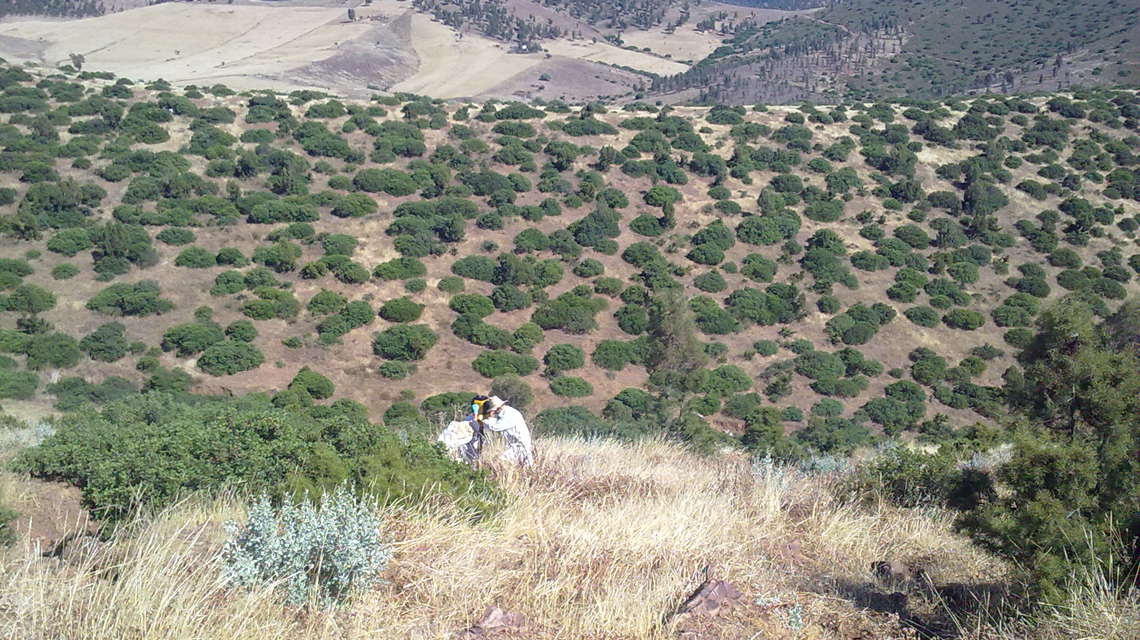 Have you ever thought about soil? Thought about this vast limited resource where your food grows? This finite, non-renewable resource is under threat worldwide. Intensive agricultural practices, pollution and climate change threaten its health and the life-sustaining support it offers people and the planet.

But soil has an ally: nuclear science.

Nuclear science is a way to understand soil health and generate data to help improve its quality for food production, make it more resilient against climate change, and to protect it for the future. Scientists, with support from the IAEA and Food and Agriculture Organization of the United Nations (FAO), use nuclear and isotopic techniques to study what’s happening in soil. For example, they can estimate how quickly the soil is lost due to erosion by measuring caesium-137 radionuclides in soil. The data collected can help find ways to protect soil resources and develop guidance for sustainably using it. This work underscores the message of this year’s World Soil Day theme: caring for the planet starts with the ground.

Here are a few examples of the impact of using nuclear science for soil conservation in regions around the world.

Dao Thanh Canh nearly lost his five-acre coffee farm in Viet Nam because his soil was no longer productive. Years of intensive farming and extreme weather became too much and caused the soil to start eroding. Watching it gradually disappear, Thanh Canh saw his livelihood and his family’s future slipping away.

“We were very worried as uncertainty loomed,” Thanh Canh said. “A few centimetres of the soil disappeared every year when we had big hail storms.”

Using fallout radionuclides and the compound-specific stable isotope technique (see The Science box), scientists were able to uncover the exact cause and source of the erosion and how quickly it was eroding. They put together a targeted conservation plan involving methods like intercropping, setting up water basins, and building terraces to hold the soil in place. As a result, they successfully reduced soil erosion by 45%. Now Thanh Canh’s soil is more stable, and his coffee plantation again profitable.

Thanh Canh’s story is just one of many from around the region. Scientists from China, Indonesia, Malaysia, Pakistan, Philippines, Sri Lanka, and Viet Nam have been working together to use nuclear science to help small-scale farmers combat soil erosion. Through their work to protect soil and reduce land degradation, they were able to identify effective soil conservation methods that reduced degradation in studied sites by 50%. This kind of information is used to guide farmers and land users in avoiding poor agricultural practices that can contribute to land degradation and instead adopt more sustainable methods.

Morocco’s steep, sloping land is losing fertile top soil. Erosion affects up to 40 percent of the country’s total land area. Harsh climate conditions and long periods of drought and short intense rain put a strain on the soil. When combined with overgrazing of animals, deforestation and poor planting techniques, this has led to soil losses of up to 100 million tonnes per year, much of which ends up clogging water reservoirs.

Soil erosion is a silent process, and one of the biggest challenges is making people aware that when soil is lost, it is not a reversible process.