WebDesk
August 20, 2016 Comments Off on There is a Status Yellow weather warning today after gusts battered Ireland last night

Met Éireann has issued a status yellow weather warning for Wexford, Clare, Cork, Kerry, and Waterford up to 6pm today as a deep Atlantic depression began its approach from the south-west.

The strongest winds were expected to affect south-western and southern coastal counties late last night and early this morning.

Windy over the southern half of the country. Heavy showers or longer spells of rain with risks of thunder and spot flooding. Highs 16 to 19C

Met Éireann also issued a status yellow rainfall warning for Clare and Kerry with some thundery downpours likely to cause spot flooding, especially in coastal areas. 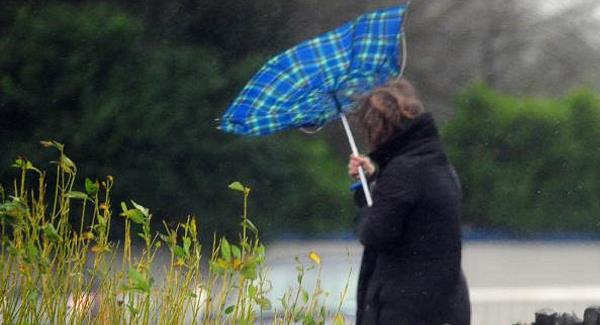 The council said high spring tides were expected each morning and evening over the next few days.

Met Éireann said today would be a blustery and showery, and while showers were expected to be heavy or thundery throughout the day and westerly winds strong and gusty, there would be some sunny intervals as well.

Christ.. Ireland is like in the eye of the storm right now o.o pic.twitter.com/eomNcqTDen

Forecaster Deirdre Lowe said tomorrow would be quite pleasant at first but rain is expected in the afternoon from the Atlantic.

“But it won’t be windy, just wet and humid,” she said.

The weather will brighten up on Monday but latest indications suggest that a band of rain will head up from the south-east on Tuesday morning and it could be heavy in places.

Ms Lowe said the weather is unseasonal, rather than unusual.

“The worst will be nearly over on Saturday but there will be heavy downpours and it will be another windy day.”

Employment and Labour hosts virtual Employment Equity workshops across the country, 5 to 20 Oct