Ten early-career journalists and student journalists are beginning a fellowship with the Media Foundation for West Africa.

During their time with The Fourth Estate, the MFWA’s public interest and accountability project, they will explore the future of journalism through bootcamps, seminars on investigative journalism. They will go through fact-checking, media ethics, investigative processes of developing a story idea, reporting and presenting the findings in a complete and coherent manner for a maximum impact.

The five-month fellowship will also afford participants the opportunity to learn from the experiences of some of the finest journalists in investigative reporting in Africa.

The fellows, who are between the ages of 20 and 33, were selected through a competitive application process including an aptitude test and interview.

The Executive Director of the MFWA, Sulemana Braimah, said the project was meant to contribute to grooming the next generation of investigative journalists.

“Quality journalism is perhaps what our country needs the most in terms of our aspirations for development and our aspiration for good governance.”

To fill what he described as a gap in critical journalism in Ghana, he urged them to take advantage of the opportunity offered them.

The MFWA’s Programme Manager for Media and Good Governance Programme, Abigail Larbi, advised the fellows to be disciplined and committed to the project.

Learning from the programme, she indicated would be two-ways, she said, adding that feedback from the first cohorts would be crucial as the foundation intended to make the fellowship an annual initiative.

While assuring the fellows that they would learn from the best, The Editor-in-Chief of The Fourth Estate, Manasseh Awuni Azure, reminded them that a lot would, however, depend on their commitment.

“You have an opportunity to learn, don’t take it for granted. Some of us are beneficiaries and products of internship programmes.”

The fellowship is funded by the DW Akademie and is expected to run from November 2021 to March 2022.

Below are brief profiles of the fellows: 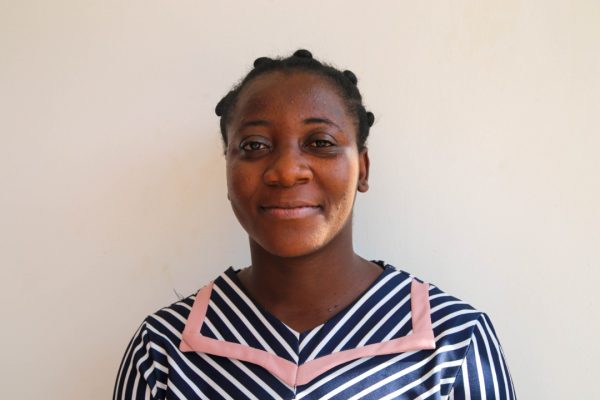 Deborah Pokua Bempah is passionate about Investigative Journalism and has since worked towards practising same. Prior to joining the fellowship, she worked for over a year as a reporter/ editor for Central University’s campus-based online news portal, Miotso Herald.

She has participated in journalism-related workshops notable amongst them is Television Production from Södra Vätterbygdens folkhögskola, Jonkoping Sweden and Digital Photography from the National Electronic and Media Institute of South Africa. 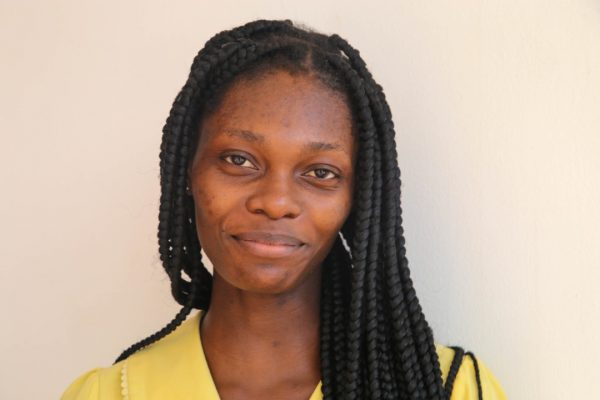 Esther Adomah Osei is a final year broadcast journalism student at the National Film and Television Institute. She has a keen interest in research and investigative journalism and still learning to achieve the best.

Before joining the fellowship, she had a two-week internship with Media General and also work as an editor for Sucvee resolution, a corporate and event planning organisation.

During her leisure moments, she read books on African philosophies and African History. Esther is motivated to practice investigative journalism because, in her view, many journalists are refusing to play the watchdog role and shirking their responsibility of being the voice of the people.

She is most impressed when she sees change. 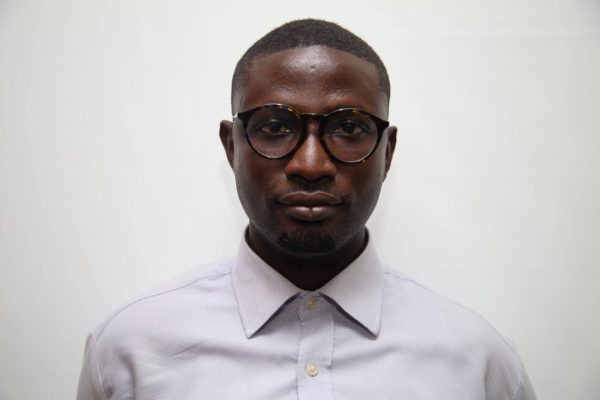 Richard Mensah Adonu holds a Bachelor of Arts Degree in Communication Studies with a specialisation in journalism from the Ghana Institute of Journalism (GIJ).

Before joining the fellowship, he worked as a National Service person with BAT-Ghana as an Assistant Trade and Market Analyst. He is passionate about the environment, specifically climate change and human wellbeing.

In 2020, he won an award after entering a competition called   “the new decade challenge” that focused on the challenge of rising sea levels in Keta. He loves teamwork. 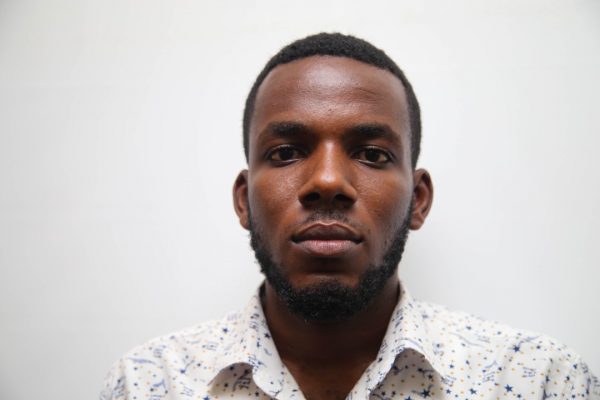 Leonard Kofi Agyei is a graduate of the Ghana Institute of Journalism. He is currently a Teaching Assistant at the same institution where he doubles as the Editor-in-chief of the institution’s campus radio, Radio GIJ. He developed an interest in investigative journalism when volunteering for the campus radio.

Leonard has worked as a client relationship officer, and a sales and marketing officer for an E-commerce platform, Shopnaw, where he gained a lot of experience with consumer engagements.

Outside the classroom, he served as the President and Vice-president of the Rotaract GIJ and the Writers and Debaters Societies respectively, where he learnt and mentored many of his colleagues in the art of public speaking and debating. 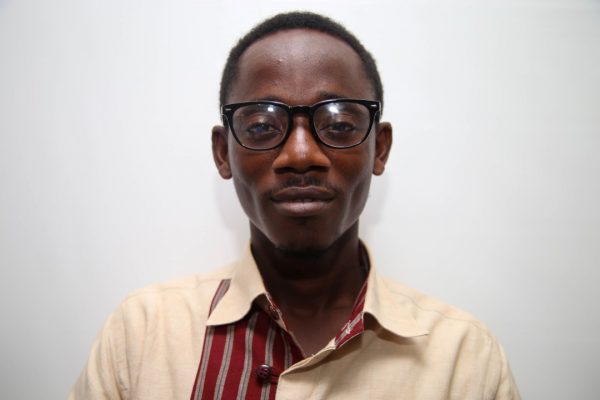 Prosper Prince Midedzi graduated from Central University with a major in Print Journalism and Public Relations.

His interest is in story writing and investigative journalism made him volunteer to be a reporter for Miotso Herald, a campus-based newspaper, he wrote a series of news stories while in school.

He worked for more than two years with Rich Robes Ministry as Public Relations Officer, and as head of media and publicity team prior to joining the fellowship. 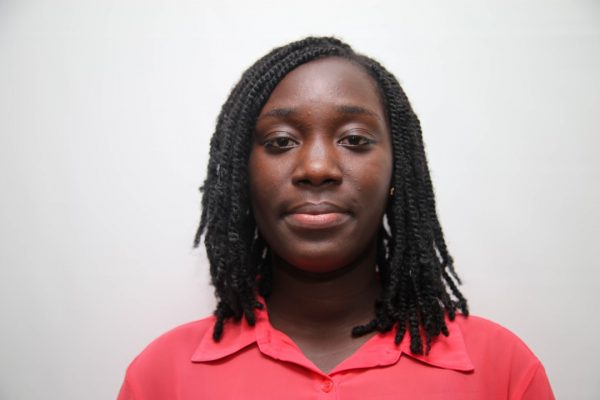 Josephine Badu-Nyarko is a final year undergraduate student at the Ghana Institute of Journalism. Her interest in investigative journalism is born out of her belief that critical journalism that exposes corruption can lead to sustainable development.

Prior to joining this fellowship, she interned at GHOne TV of EIB Network and completed the mandatory national service at the Public Affairs Directorate, University of Ghana as an administrative assistant in the office of the Director. 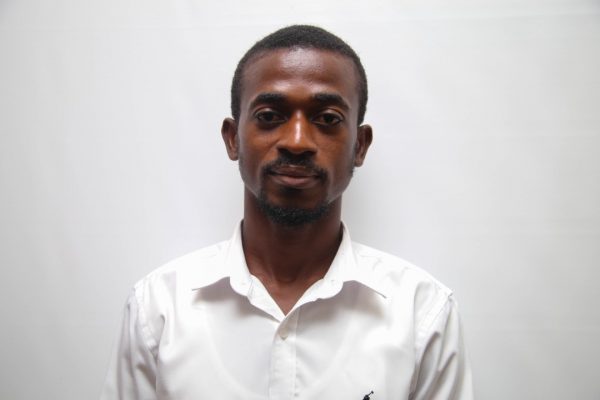 He undertook his mandatory national service at the communication unit of the secretariat of the Association of African Universities (AAU), a network of more than 400 universities across Africa. At AAU, Michael’s strength in the English language afforded him the rare privilege to edit news stories and outgoing mails in addition to his regular roles of producing and hosting a programme on the Association’s TV network, AAUTV.

Michael Aidoo holds a Bachelor of Arts Degree in Communication Studies (Journalism major) from the Ghana Institute of Journalism, Accra, and a Certificate in Phonetics and Presentation Skills from GBC Radio Training School, Accra. He is also awaiting graduation with a Master of Art in Communication Studies (Public Relations and Advertising major) from the University of Ghana, Legon. 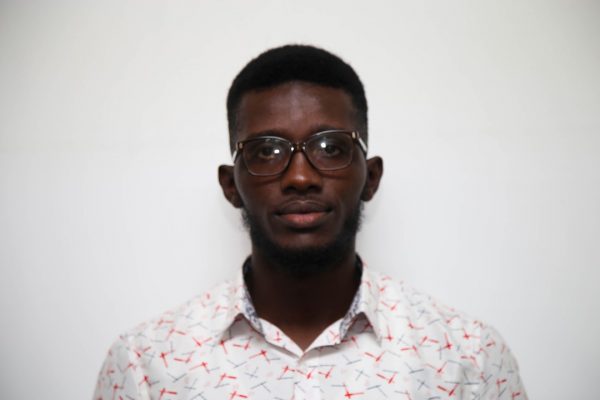 Joseph K. Kpormegbey is a budding journalist whose interest lies in social issues and accountability journalism.

He has worked at Ghana’s biggest newspaper the Daily Graphic as an intern and also held the position of News Editor of Wisconsin International University College campus newspaper, Wisconsin News.

As part of his work experience over the years, he has played the role of a School Administrator as well as a Contact Centre Agent/Brand Ambassador for Africa World Airlines.

He enjoys reading and is motivated by the desire to ensure that all persons have access to basic social amenities as well as deserved solutions through the stories he pursues.

Redeemer Buatsi is a freelance journalist and researcher in media and journalism with interests in social and environmental problems that confront many communities today, especially the poor.

Prior to joining the fellowship, he worked with Amnesty International Ghana as a Youth Leader and advocate, where he worked to defend human rights of marginalized groups in Ghana and around the world.

During the 2020 elections in Ghana, he worked as social media analyst assistant at the European Union mission (EUEOM 2020).

He has keen interest in psychology and philosophy, and seeks to contribute his quota to the development of Ghana through his work.