Fine Gael TD John Deasy, who has been central to uncovering the controversy, highlighted the situation under Dáil privilege last night, claiming the HSE manager attempted to “ruin her career” because she was “exposing their failings”.

After months of delays, the Government on Tuesday published the Dignam report into the Grace foster abuse scandal, which relates to claims a mute woman with severe intellectual disabilities suffered the most extreme sexual and physical abuse at a State-funded home in Waterford between 1989 and 2009. 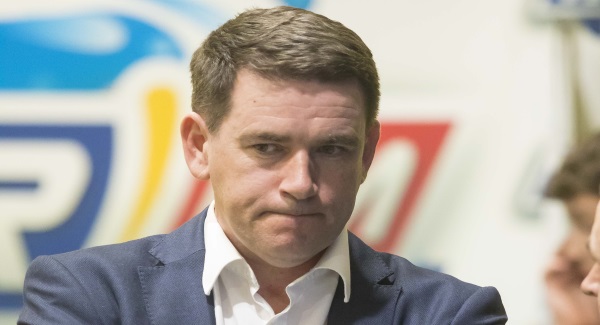 The case, which is set to be investigated by a State commission of inquiry by the end of this month and also involves concerns over more than 40 other vulnerable children and teenagers, has repeatedly been the subject of HSE cover-up claims.

In his 309-page report on Tuesday, Mr Dignam said while he was not tasked with examining this specific issue, the now imminent State inquiry must investigate this issue.

However, speaking under Dáil privilege during a debate on the Criminal Law (Sexual Offences) Bill 2015 last night, Fine Gael TD John Deasy said he already has clear evidence senior HSE officials tried to hide what happened and sack the whistle-blower at a crucial stage in the case.

The Waterford TD said that in 2011, two years after first highlighting the case and forcing two still unpublished HSE investigations to take place, the whistle-blower met with a new HSE disability service co-ordinator in the south east.

During the meeting —which occurred when the whistle-blower was speaking to a garda inquiry and a national HSE investigation — the new co-ordinator provided her with a psychological report on Grace which the whistle-blower had repeatedly been blocked from receiving despite being entitled to do so.

On learning the information had been provided, the then general manager of the HSE south east —who is the subject of issues surrounding the Grace case — instructed the HSE’s local solicitors Nolans, Farrell and Goff to write to the whistle-blower, her agency manager, and another State body, seeking her immediate removal.

Mr Deasy said the solicitor’s letter claimed the whistle-blower was “was not a fit person” for her role and that “as such, the HSE could not be expected to work with her”.

The allegations were said to be based solely on concerns raised by the new co-ordinator.

However, when contacted by the whistle-blower, the new co-ordinator stressed she knew nothing of the letter, and signed a document confirming the claims were entirely “fabricated”.

“Why? Well, the strong suspicion is the HSE management about whom she had made certain allegations did not want her to have sight of information and to continue to expose their failings. None of this has been investigated,” Mr Deasy said.

A senior HSE spokesperson last night said “the matter along with similar type matters” needs to be examined by the State commission of inquiry and declined to comment further as the manager involved now works for another State agency.

Mr Deasy made the comments after both he and Fianna Fáil TD John McGuinness received a nine-page protected disclosure from the whistle-blower last night.

He separately said another woman who spent time at the same foster home suffered such extreme sexual abuse “with implements” certain internal surgeries “might kill her”.

Hitting out at the limited laws meant to prevent the abuse, he said: “If what happened to these people happened to a dog, there would be a greater chance of a conviction.”

This article first appeared in the Irish Examiner