Her Majesty’s Canadian Ship (HMCS) Brandon, in cooperation with the U.S. Coast Guard (USCG), seized an estimated 700 Kg of cocaine in international waters off the Pacific Coast of Central America on November 5, 2016.

The cocaine, worth an estimated $28 million (USD), was recovered from the ocean after being jettisoned by suspected smugglers in a panga-style fishing vessel that had been spotted by a USCG HC-130J aircraft patrolling the region. HMCS Brandon launched two rigid-hulled inflatable boats (RHIB) with USCG law enforcement teams onboard to pursue the vessel and secure the 14 jettisoned bales.

Operation CARIBBE is Canada’s participation in the multinational campaign against illicit trafficking by transnational organized crime in the Caribbean Sea and the East Pacific Ocean.

“This latest seizure serves not only as a testament to the dedication and hard work by the crew of HMCS Brandon and the U.S. Coast Guard law enforcement detachment, but to their ability to work in concert. Our efforts, both leading into this operation, and on the operation itself, have led to this interdiction, which ultimately means fewer drugs reaching our shores. I am incredibly proud of my team.” 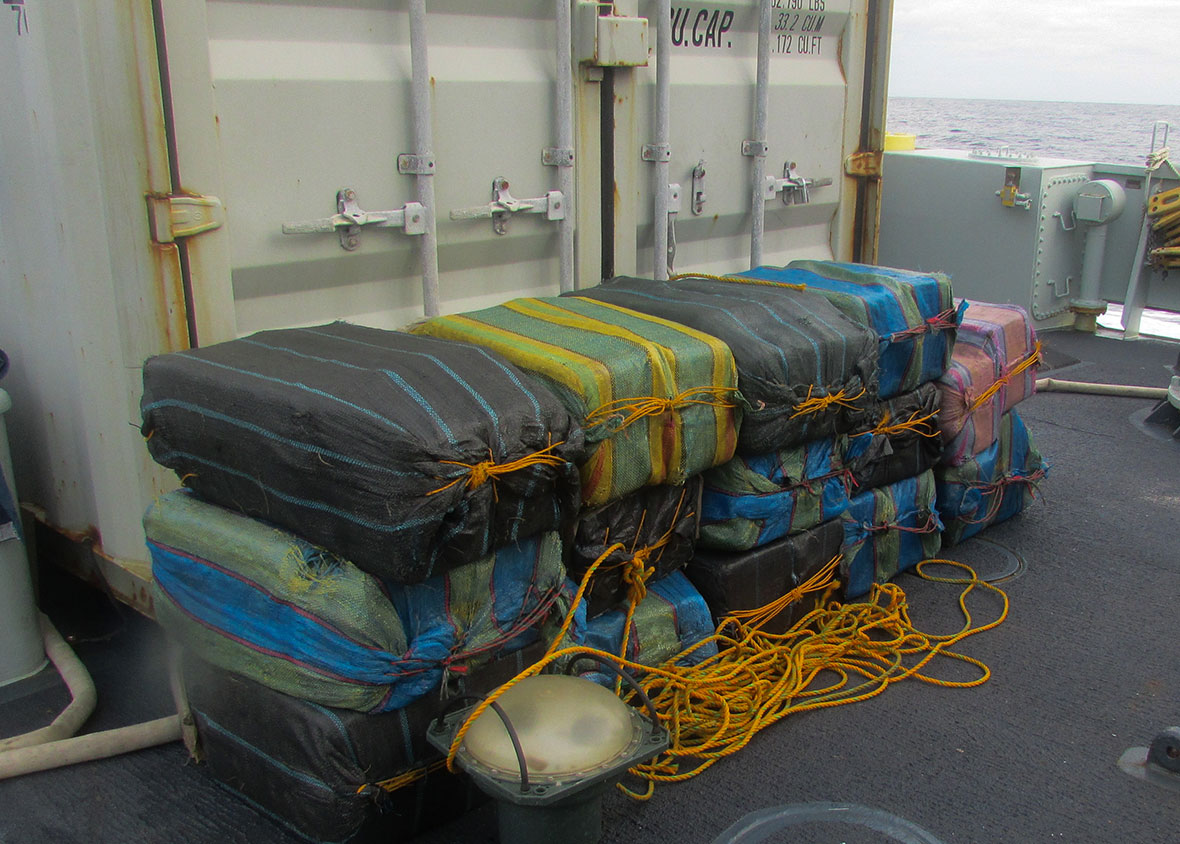 Fourteen bales of cocaine weighing an estimated 700 kg rest on the sweep deck of HMCS BRANDON after being jettisoned by a suspected smuggling vessel, a small fishing boat known as a panga, off the Pacific coast of Central America during Operation CARIBBE on 5 November, 2016.
Image by: U.S. Coast Guard