The Co Tyrone woman was released from jail in Peru in April.

McCollum was convicted of trying to smuggle cocaine with a street value of almost €2m from Peru to Spain three years ago.

Arriving back into Terminal 1 of Dublin Airport at around 8.30pm McCollum had nothing to say to waiting journalists. 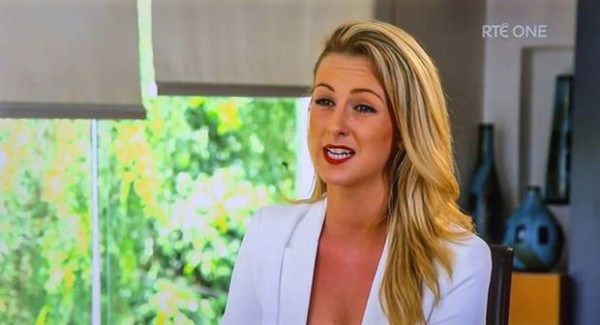 She had been released from a Peruvian jail in April after a successful application for parole and has now been allowed to return to Ireland.

Sources has it is on the condition that she never returns to the South American country.

The so-called ‘Peru Two’ of McCollum and British woman Melissa Reid were sentenced to six years and months in prison in 2013.

Reid was allowed to return to the UK in June.

Now McCollum has been allowed to return to Ireland, boarding a flight from Lima to London yesterday and this evening arrived back in Dublin on a flight from Gatwick.