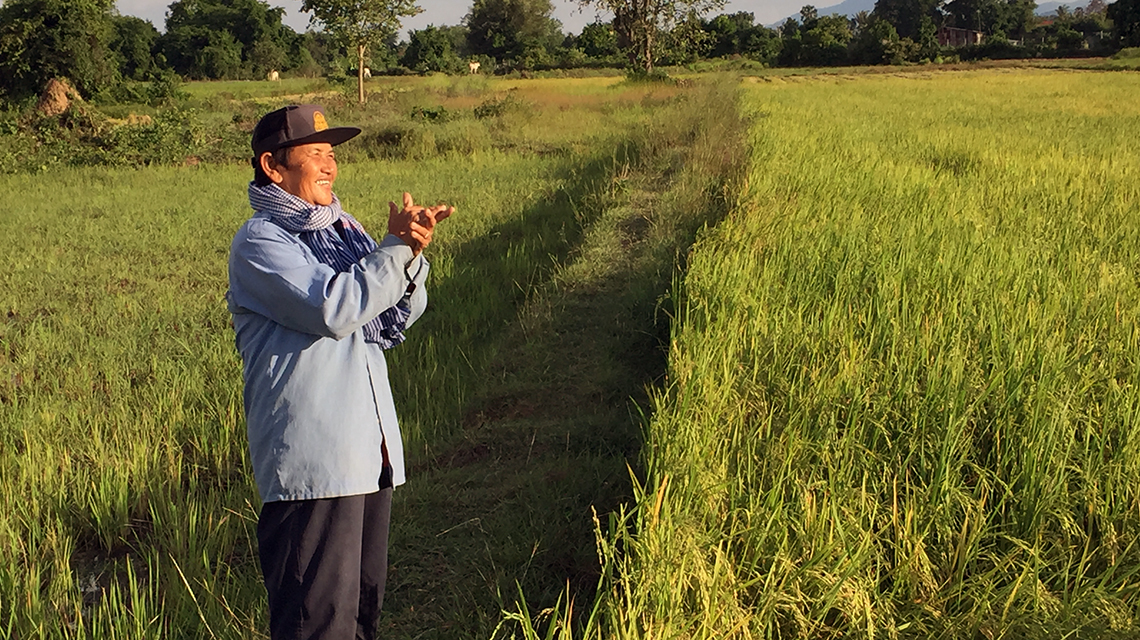 Agriculture accounts for 27% of Cambodia’s economy, and provides the livelihood of 60% of the population. Many of the country’s poor are subsistence farmers working on small plots of land, so increasing the productivity of their land is key to achieving higher income and escaping poverty. Historically, fertilizer use in Cambodia is neglected by farmers.

Borey Thai, a farmer with 1.5 hectares of land in Kampong Speu province south of Phnom Penh, replaced half of the chemical fertilizer with a mix of manure and farmyard waste in this year’s growing season – and has saved a third of the money she used to spend on fertilizer. “It is much cheaper, but is more work,” she said. “But what matters is that I can use the savings to renovate my house.” She expects her yield to be around 20% higher this year compared to the previous year, thanks to the use of mixed fertilizer.

One challenge her neighbours face, she added, is to find good quality manure. “If we could find more manure, more of us would switch to organic.”

Using the fields for the production of other crops in between rice growing seasons is another way for farmers to increase their income, found researchers of the country’s Ministry of Agriculture. Historically, farmers have used their fields only during the rainy season, when there is enough rain water to grow rice. During the dry season, lands are left idle.

Researchers have found that conditions during the dry season are optimal for other crops, particularly legumes such as beans and lentils. “These would not only provide farmers with additional income, but legumes add nitrogen from the atmosphere to the soil and, in addition, decomposing bean plants also increase the quality of the soil, leading to higher rice yields in the following rice season,” said Phirum. They used the nitrogen-15 isotopic technique to study the amount of fertilizer absorbed by the plants from the soil, fixed from the atmosphere, in addition to quantifying the efficiency of fertilizer applied.

The research teams received various forms of support under the IAEA’s technical cooperation programme. They learned the use of nuclear-related and other techniques in workshops and through participation in fellowships in neighbouring countries. They received equipment and materials to conduct the experiments, and advice from experts at the Joint FAO/IAEA Division of Nuclear Techniques in Food and Agriculture in interpreting the results.